Repair, practised throughout history, became outmoded in the 20th century by increased consumption. Although repair features in many making practices it is often not recognised as craft and skill in its own right. For my research I used episodes of studio practice, workshop facilitation, curation and protest explore contemporary repair cultures in London, to define Repair-Making; seeing it as a craft of its own, as creating and hiding narratives, and implicitly and explicitly relating to activism. Repair-Making is social as well as material: a field of exciting actions, communities and politics, changing objects, mindsets and habits.

Underpinned by a philosophical and material understanding of hope, the relationship between my making and writing practices led to my use of autography as a practical and conceptual affinity between hand-writing and hand-making. I presented my thesis in an episodic structure that proposes new ways of constructing and organising practice-based writing for a researcher-maker.

Narratives of Repair-Making are discussed through reflecting on key works such as Blue Jumper (2012 ongoing), demonstrating visible darning as critical and direct action; Activism begins with A Jumper To Lend (2014, 2015), exploring the openness of material knowledge. Other works here unpick the tensions around purchasing; construction methods for repairability; activism; and workshops. In Craft, approaches to Repair-Making are explored. This includes how it relates to play; artefacts as material, medium and motivation; a deliberation on pace; and the characterisation of Repair-Makers and the Craft of Repair.

Together these episodes define the practice of Repair-Making, offering a deepened understanding of the significance of narratives; expanding ideas of the activist repair-maker; and proposing repair as a unique craft within making practice. 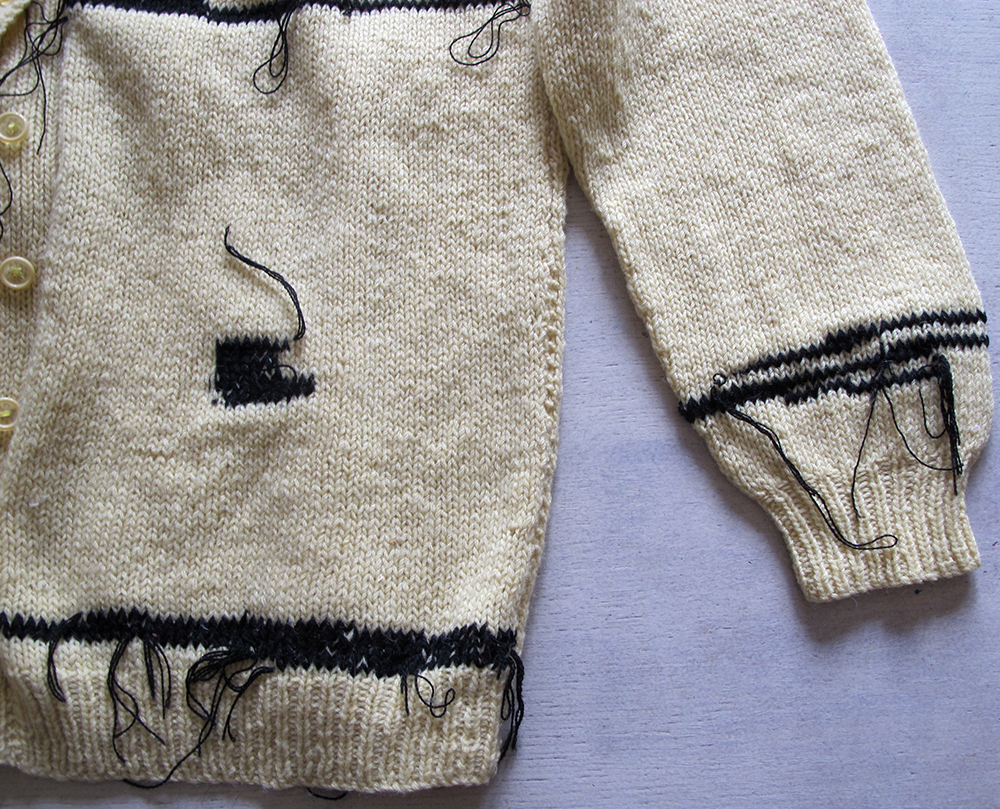