BREAKING THINGS BETTER: WHEN A DELIBERATE BREAK IS ACTUALLY A REPAIR

This dress was my mothers. Before that (and maybe after too), it belonged to my Gran. At some point it became mine. My mother is shorter than me, her mother was shorter still. Both broader than me, and more softly shaped than my boney form. Their bodies similar, mine different. The inside of this garment shows the changes made by all our hands to fit all our selves, although my changes alter less. The removed then re-attached hem (re-moved? as in moved back?) - for my diminutive Gran, my slightly taller mother. It suits me at either length. There are small ribbons inside the straps, to hold them on Gran's self-proclaimed sloping shoulders - neither my mother or I removed those scraps of fabric. The side seam has been moved several times, again I just leave it. My only real task with this dress has been to sew buttons back on when necessary.
So is this repair?  Or is this adjustment?  Adaption?  Customisation?  Something else entirely?  We have repaired it to our own needs - without these small adjustments the dress would not have worked - it would have been broken, perhaps.

'Breaking things may lack the positive associations that repairing things has - "Do you want me to repair that?" will almost always be a more attractive request than "Do you want me to break that?"  But look around contemporary culture and you'll find that we're not always consistent in our relationship with the word.'*

After this, Scott Burnham goes on to discuss the idea of breaking things better, using the example of a pool cue, snapped so it can be used to play in the corner of a room without hitting the wall.

That brokenness is subjective is an interesting suggestion, the understanding of when something is broken is complex and oblique.  In our case - the green dress - the unchanged dress was broken for my Gran - too long - then the changed dress was twice broken for my mother - too short and too wide.  In narrowing and lengthening it for herself she broke it for her mother.  The works I have done to it are more traditional, more understandable as mends, repairs - sewing buttons back on - however the dress works  without most of the buttons - it only really needs one.  Thus, in some sense at least, my repairs are the least essential, the dress functions as dress with or without my labour, but without my work my mother and Grandmother would not have worn it, rendering it unused (broken again).  But from outside of this journey, at what point would the dress have looked broken or damaged?

This renders the green dress something of an eddy, curling in and back on itself, and this discussion potentially unending, but I feel this illustrates the complexities of repairing, and the layers that build around and through object ownership and use. 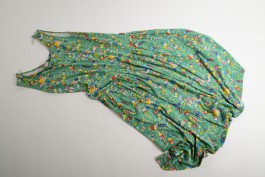 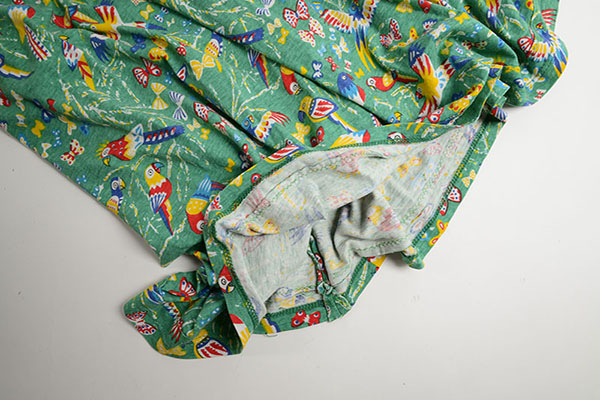 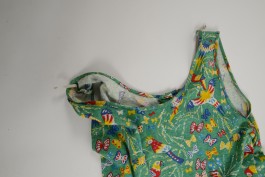